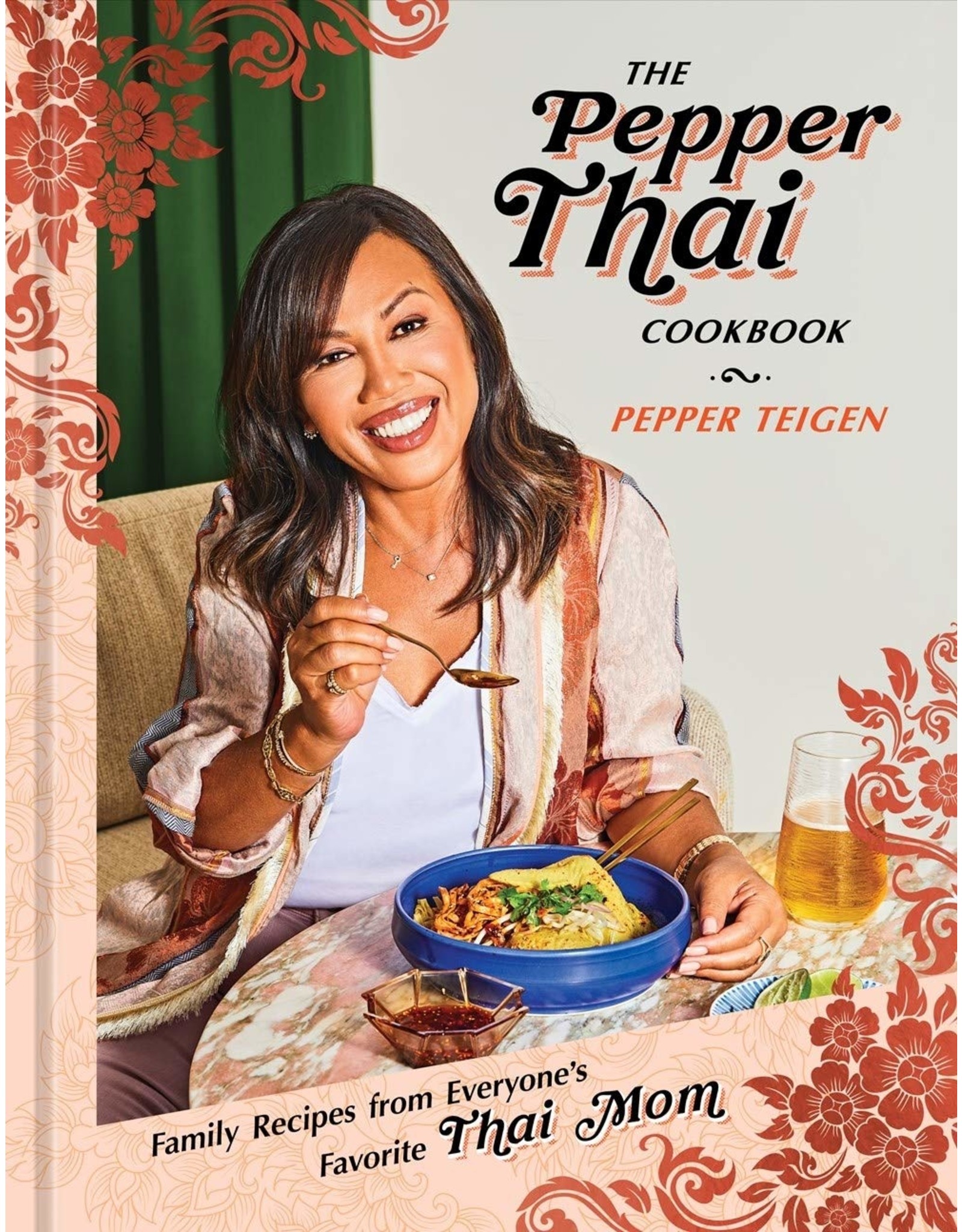 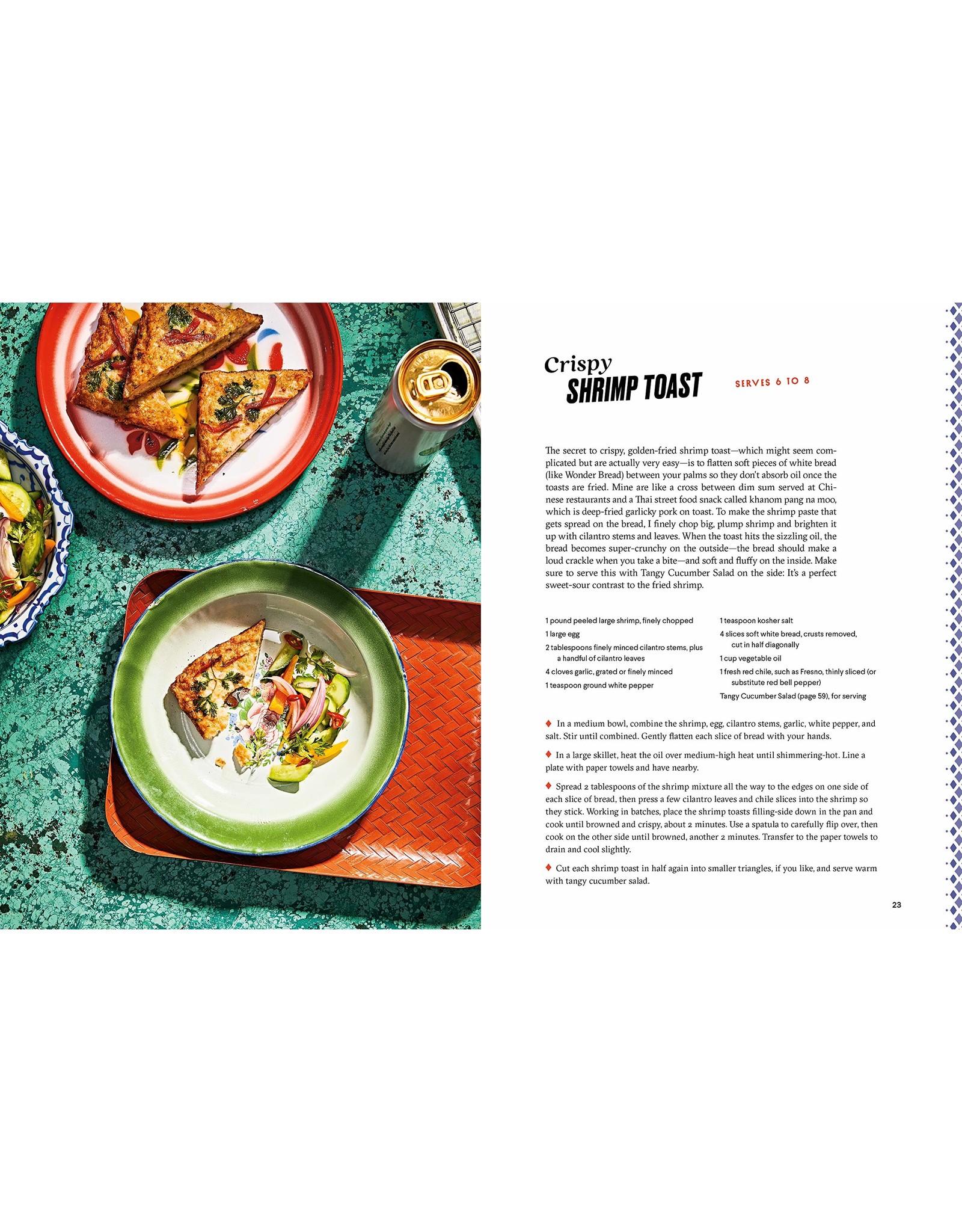 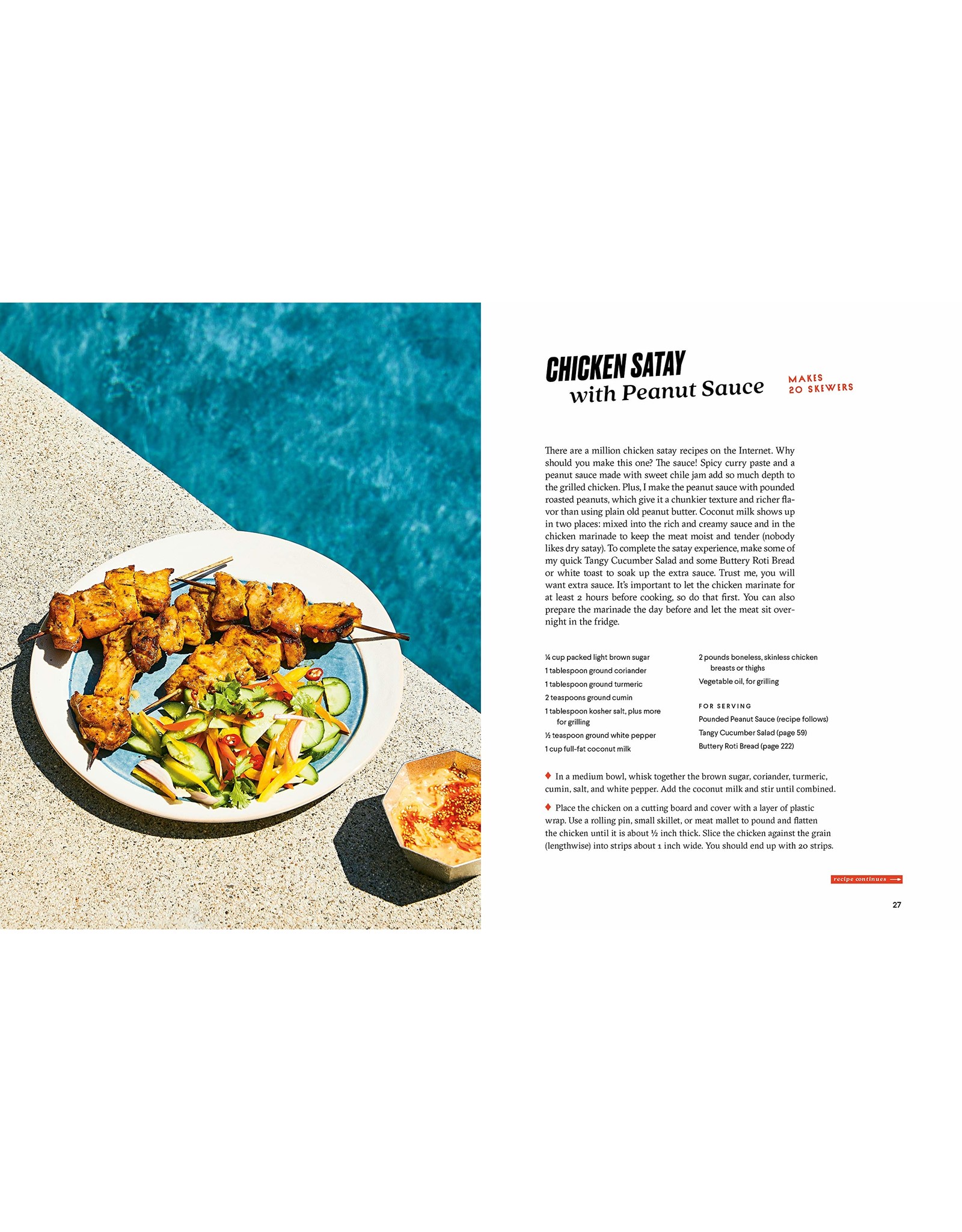 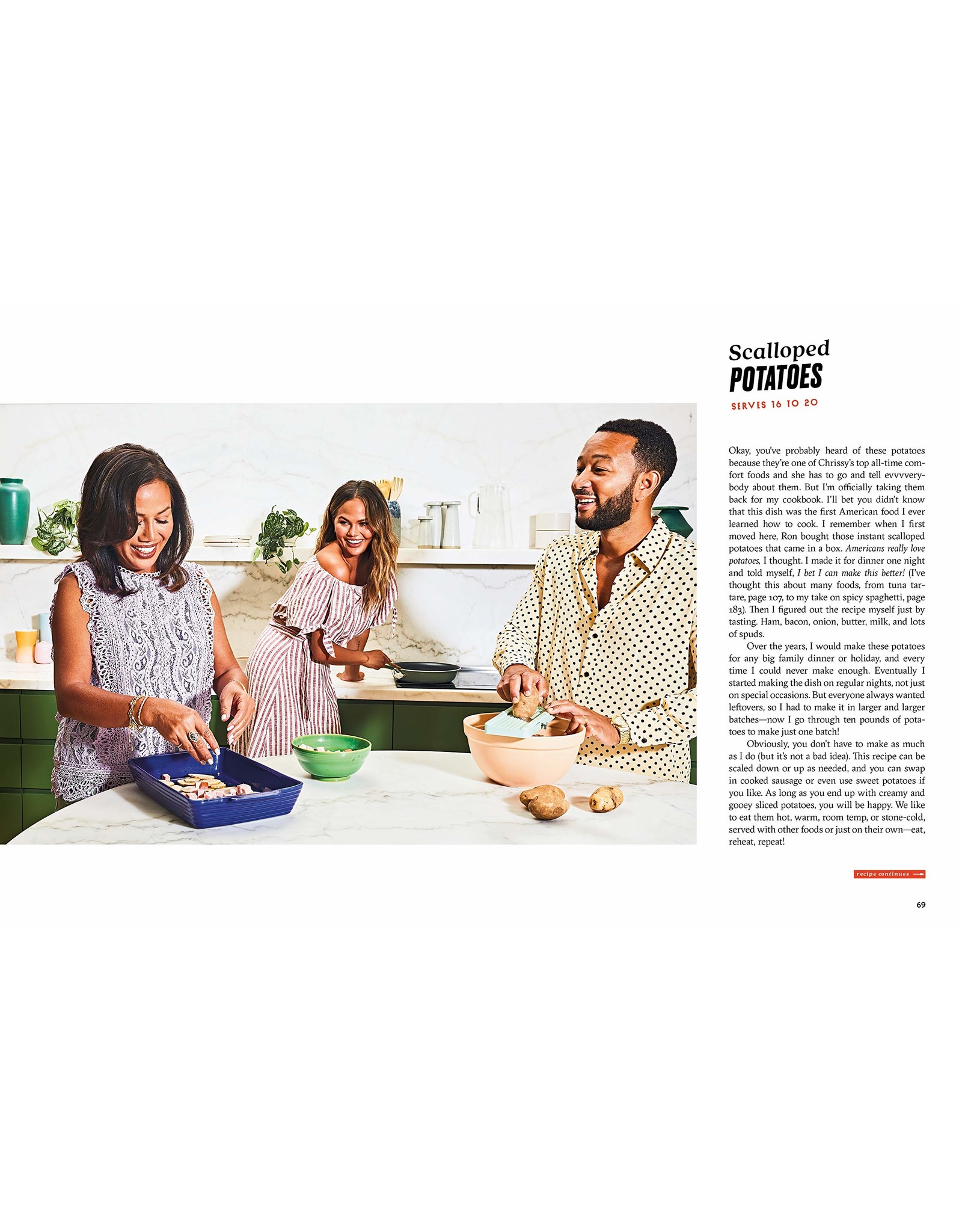 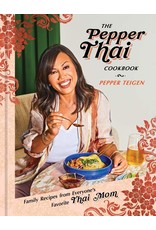 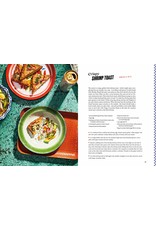 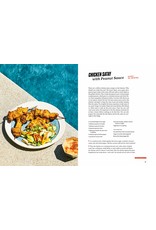 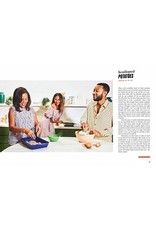 Whether she’s frying up a batch of her crispy-garlicky wings for John’s football Sundays or making Chrissy her favorite afternoon snack—instant ramen noodles with ground pork, cabbage, scallions, and cilantro—Pepper Teigen loves feeding her famously fabulous family. Through these eighty recipes, Pepper teaches you how to make all her hits. You’ll find playful twists on Thai classics, such as Fried Chicken Larb, which is all crunch with lots of lime, chile, and fish sauce, and Pad Thai Brussels Sprouts, which bring the fun tastes and textures of pad thai to a healthy sheet of pan-roasted vegetables. And there are the traditional dishes Pepper grew up with, like khao tod crispy rice salad and tom zapp hot and sour soup.

Pepper shares stories about her life, too, such as how she used to sell sweet-savory kanom krok coconut-and-corn pancakes to commuters when she was ten years old in Thailand (now she makes them with her granddaughter, Luna, as a treat) and how, once she moved to the United States, she would cobble together tastes of home with ingredients she could find in her new homeland, like turning shredded cabbage and carrots into a mock-papaya salad. Influenced by Thailand, California, and everywhere in between, Pepper’s mouthwatering recipes and sharp sense of humor will satisfy  anyone craving a taste of something sensational, whether that’s a peek into America’s most-talked- about family’s kitchen or a rich and spicy spoonful of Massaman Beef Curry. 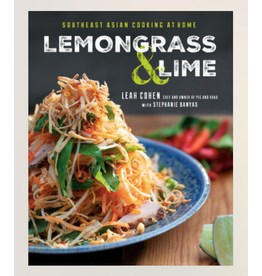 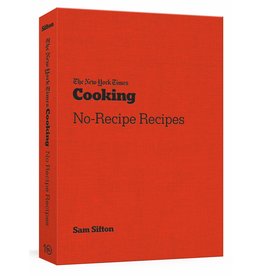 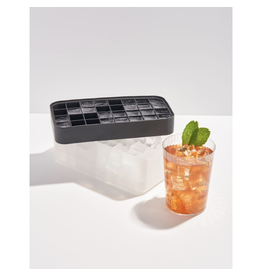 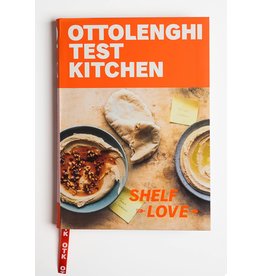